In this second blog on strumming patterns we’re going to learn a 2 bar strumming pattern. Often in songs you’ll play a chord that’s spread over 2 bars, often with several ‘ties’. Building up a repertoire of different patterns will make your rhythm playing so much better, and make it so much easier to learn songs!

So the first bar is our DDUUDU pattern from the last blog: 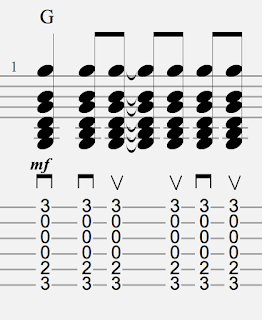 Now the first note of the second bar is ‘tied’ to the last upstroke of the previous bar. This means you are not going to play the first downstroke of the 2nd bar: 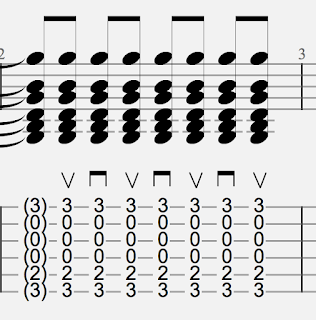 So this bar is all quavers (1/2 beat each) and you are simply missing out the first one.

Here is the full 2 bar pattern: 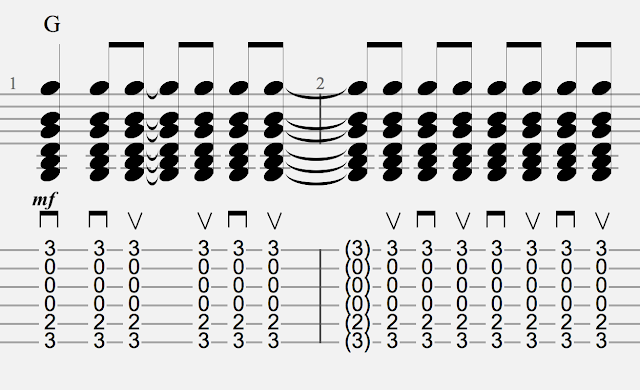 Practice this progression going from chord to chord. To take this pattern to the next level, let’s introduce a chord change on the last quaver of the first bar to Em. Often really nice chord changes come ‘off’ the beat. It’s a nice way to vary up all your patterns: 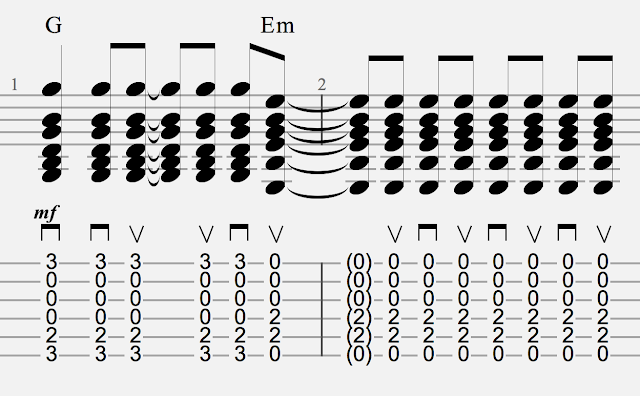 So play around with this pattern and maybe introduce a third chord on the + of 2 or somewhere else. It’s a really versatile pattern that you’ll be able to use in lots of songs.

Many thanks for reading and see you on the next blog, where we’ll introduce another tie.